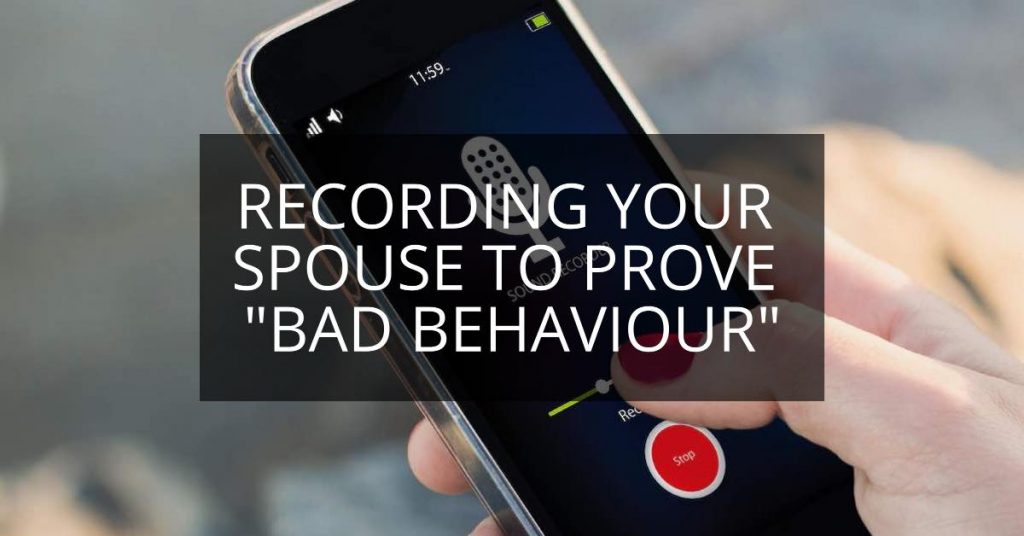 Some parents may feel they can “prove” themselves to be the better parent, or that the other parent’s behavior is not in the children’s best interest, by recording their children, or the other parent, surreptitiously.   Is it worth it?

There have been many cases dealing with the issue of whether these recordings are admissible.  As with most issues in family law, the answer is dependent on the particular facts of the case.  In many cases, even if the recording would be admissible under the rules of evidence, a judge will exclude it because the prejudice outweighs its probative value.  By the time the argument is made at Court, the damage to the relationship with the children, and with the other parent, has already been done.

In the very recent DeGiorgio case, Justice Mackinnon talks about the “embarrassment to the child and the potential damage to the father-daughter relationship were (the daughter) to know that he was recording the episode for potential use in court.”[1]

In an emotionally fraught time, and often from a place of fear of losing the child, a parent may feel that the attempt to discredit the other, or prove what is perceived to be bad behavior in the other, is well-intentioned and ultimately in the child’s best interest.  This approach is not new, of course, as many an affidavit in family court is rife with examples of the other parent’s downfalls.  In certain situations, it is not only appropriate but necessary to inform the Court of actions that endanger the child, whether physically or emotionally.  But how that information is collected and shared, the context in which the situation happens, and the potential harm to the child must all be considered.

In this digital age, recordings are so easily captured and shared.  But we must remain vigilant as to the motivation behind the recording and the consequences of releasing the recording, particularly when the person making the recording intentionally does not inform those being recorded that it is happening.