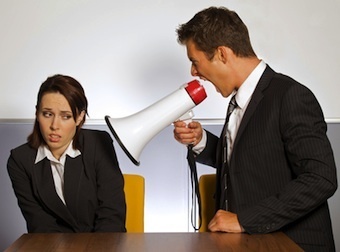 The Ontario Court of Appeal’s decision inBoucher v. Wal-Mart Canada Corp., 2014 ONCA 419, is an excellent example of the consequences that can follow from failing to handle claims of workplace harassment and abuse carefully.

Meredith Boucher started working for Wal-Mart in 1999.  After 9 years, she rose to the position of Assistant Manager at a store location in Windsor.  In May 2009, her working relationship with her supervisor and Store Manager, Jason Pinnock, deteriorated after she refused to falsify a temperature log.  According to the decision, thereafter Mr. Pinnock continuously humiliated and demeaned Ms. Boucher, often in front of other employees and using profane language.

Ms. Boucher eventually filed a complaint about Mr. Pinnock’s conduct under Wal-Mart’s Prevention of Violence in the Workplace Policy.  However, in November 2009, senior management concluded that Ms. Boucher’s complaints were unsubstantiated and informed her that she would held accountable for making the allegations.

As stated in the decision, shortly thereafter, Mr. Pinnock once again humiliated Ms. Boucher in front of other employees.  This time, he grabbed Ms. Boucher by the elbow and told her to prove to him that she could count to ten by counting out loud ten pallets of products that had yet to be unloaded.  This caused Ms. Boucher to resign and a constructive dismissal action followed two weeks later.

Both Wal-Mart and Mr. Pinnock appealed on the basis of liability and the quantum of damages for mental distress, aggravated damages and punitive damages.  Ms. Boucher cross-appealed the dismissal of her claim for future loss of income.

In order to succeed on a claim for intentional infliction of mental distress, the employee must show:

Although the Court of Appeal found the award of $100,000.00 very high, it was not so plainly unreasonable that it should be set aside.  The award reflected the fact that the jury, representing the collective conscience of the community, was deeply offended by Mr. Pinnock’s misconduct.

Aggravated damages compensate an employee for additional harm suffered as a result of the bad faith or unfair way in which the employment agreement was terminated.  Wal-Mart argued that an award of aggravated damages in addition to damages for mental distress amounted to double recovery for the same wrong.  The Court of Appeal rejected this argument on the basis that the unfair way Wal-Mart handled Mr. Pinnock’s misconduct and Ms. Boucher’s complaint constituted a separate wrong from the actions of Mr. Pinnock.

Wal-Mart also argued that the award of $200,000.00 was excessive.  Nevertheless, while the quantum of the award was unprecedented in Canadian employment law, the Court of Appeal concluded that it was not so inordinately high that it was plainly unreasonable and upheld the jury’s award.

Unlike damages for mental distress and aggravated damages, punitive damages are not compensatory.  They are intended to act as the court’s denunciation where a defendant’s conduct has been malicious, oppressive and high-handed.  The employee must also show that the award is rationally required to meet the objectives of retribution, deterrence and denunciation.

The Court of Appeal, at paragraph 61, had no difficulty in concluding that Mr. Pinnock’s conduct amounted to “a marked departure from the ordinary standards of decent human behavior.”  Yet, having regard to the fact that the damages for mental distress already carried a strong punitive component, the Court of Appeal concluded that an additional award of $150,000.00 was not rationally required to achieve the purpose of punitive damages.  The amount, as awarded against Mr. Pinnock, was reduced to $10,000.00.

In cases of breach of contract, such as an employment agreement, an award of punitive damages also requires an actionable wrong independent of the underlying breach of contract claim.  Vicarious liability for the actions of another employee is not enough.  The actionable wrong must be committed by the employer and requires more than just negligent conduct.  In this case, the Court of Appeal concluded that Wal-Mart breached its duty of good faith and fair dealing towards Ms. Boucher, a separate actionable wrong that justified an award of punitive damages against Wal-Mart.

Ms. Boucher argued that the trial judge erred in failing to award her damages for future loss of income in the amount of $726,601.00.  The Court of Appeal upheld the trial judge’s decision.

According to paragraph 103 of the reasons for the decision, “A claim for future loss of income can arise in an employment context where a plaintiff has not recovered from the effects of the wrongdoer’s action and the plaintiff has thus suffered a loss of any earning capacity because of the wrongdoer’s tortious conduct.”  In this case, Ms. Boucher recovered from her mental distress within two months of her resignation.  Thus, she was capable of earning an income, but simply could not secure comparable employment.

Some of the points to take away from this case are as follows: