Update on Termination Clauses from the Court of Appeal 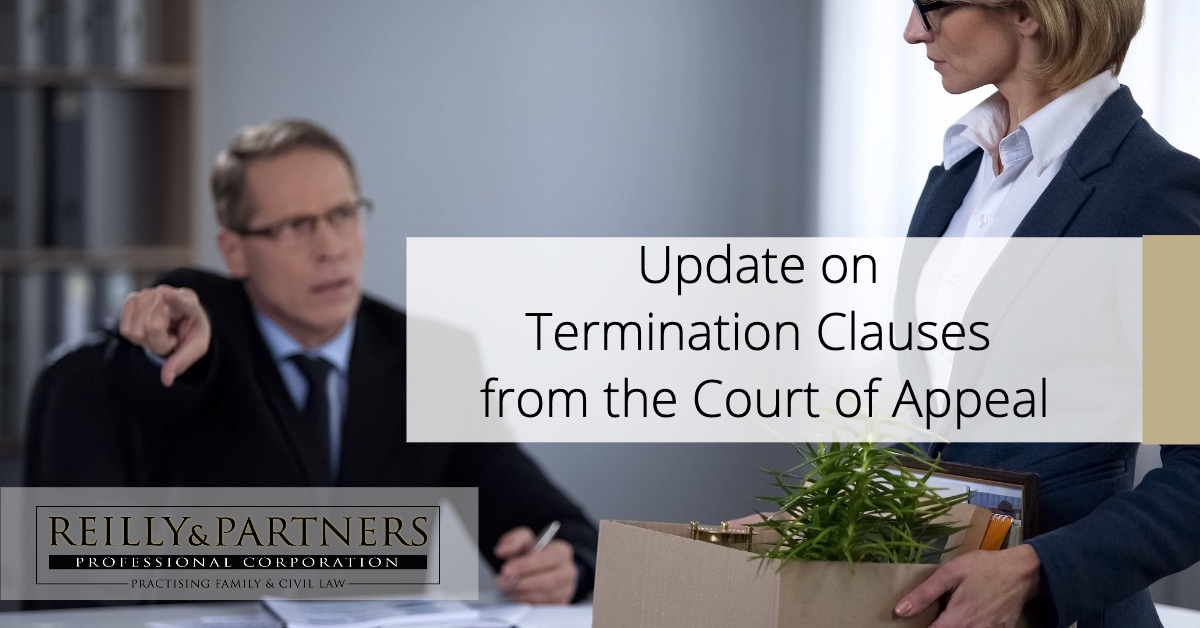 Termination clauses or notice provisions in employment agreements are an area of employment law that continues to develop at a rapid pace.  These provisions attempt to limit the amount of notice, or pay in lieu thereof, that an employee might be entitled to upon dismissal.  My previous article on this topic can be found here.  Recently, the Court of Appeal expanded the case law on the enforceability of such provisions in Waksdale v. Swegon North America Inc.

The Court of Appeal agreed with the employee and stated at paragraph 10:

While courts will permit an employer to enforce a rights-restricting contract, they will not enforce termination provisions that are in whole or in part illegal….

Here the motion judge erred because he failed to read the termination provisions as a whole and instead applied a piecemeal approach without regard to their combined effect.

The Court of Appeal also rejected the employer’s argument that the illegal “with cause” provision could be severed, leaving the rest of the termination clause enforceable.  In its reasons, the Court of Appeal stated at paragraph 14 that a clause purporting to sever an illegal clause “cannot have any effect on clauses of a contract that have been made void by statute.”

In the result, the Court of Appeal ordered that the matter return to the lower court for an assessment of damages.

As I mentioned in my previous article, the takeaway, particularly for employers, is that a termination clause that attempts to limit an employee’s entitlements to the minimum standards set out in the legislation must be drafted with great care to ensure that no part of the clause is an attempt to contract out of the legislation under any and all circumstances. The risk is that the termination clause may be deemed unenforceable and the employee may be entitled to common law notice regardless.