Weak Economy? You Could Be Entitled to More Pay in Lieu of Notice 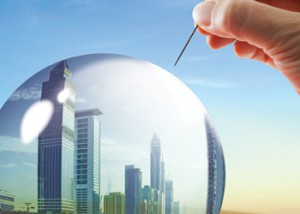 In a previous case comment, I wrote about how an employer’s declining financial health can reduce a court’s assessment of the reasonable notice period that an employee may be entitled to in a wrongful dismissal case.

By contrast, in a recent case, Zoldowski v. Strongco Corporation, 2015 ONSC 5485, the Ontario Superior Court of Justice considered how an economic downturn can increase a court’s assessment of reasonable notice.

The plaintiff, Ms. Zoldowski, was 39 years old when she was let go from her job as a Parts Administrator after 22 years of employment.  The defendant employer, Strongco Corporation, did not assert cause for terminating Ms. Zoldowski’s employment, but paid her only the minimum statutory entitlements under the Employment Standards Act, 2000.

Not surprisingly, Ms. Zoldowski was not satisfied with what she received and sued her employer.

Issue Before the Court

The main issue that the court had to determine was how much notice, or more specifically pay in lieu of notice, Ms. Zoldowski should have received.

The court concluded that damages equivalent to 14 months of pay in lieu of notice were appropriate in light of the general economic downturn in the Greater Toronto Area and Southern Ontario for the first half of 2015.  In doing so, the court stated, “As part of this determination the court may consider the economic climate the employee is put into when terminated.  If there is an economic downturn, then that may make it more difficult to find a job and may justify a longer notice period…”

In my view, this case underscores the fact that the list of considerations that may go into an assessment of a reasonable notice period is not finite.  As the court stated, “This list is non-exhaustive, and each case will depend upon its own particular circumstances.”

In addition, employers would be well-advised to simply pay what they believe employees are entitled to upon termination and not just the minimum statutory entitlements.  Doing so can deter a wrongful dismissal action because it may no longer make sense for an employee to incur substantial legal fees when the best possible result is now a fraction of what it was when only the minimum statutory entitlement was paid.