“WHAT ABOUT MY PENSION?!” – TERMINATION WHEN RETIREMENT IS IN SIGHT 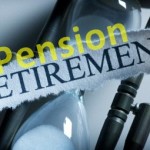 “I can’t wait for the day when I reach the Magic Number!” This thought often runs through the minds of employees with 20 or more years of service, and fortunate enough to be vested in a pension. With each passing year, these employees give more and more thought to the sum of their age plus years of service – that Magic Number which many pension plans require for participating employees to retire and begin receiving benefits.

For example, the terms of a pension plan may require a Magic Number of 90 in order to retire with an unreduced pension. A 63 year old employee with 27 years of service meets that requirement. However, a 62 year old employee with the same years of service does not. While the former employee can look forward to retirement, the latter employee may be in a precarious position until his next birthday or his next completed year of  service. Until that point in time, the latter employee has to worry about the possibility of termination and the potential loss of that unreduced pension.

The recent decision of the Ontario Superior Court of Justice in Arnone v. Best Theratronics Limited, 2014 ONSC 4216 highlights this concern.

The plaintiff, Mr. Arnone, was a 53 year old sales and customer support manager with 31 years of service. At the date of his dismissal, he was 16.8 months away from being able to retire with an unreduced pension.

In his Claim, Mr. Arnone sought damages based on a notice period of 24 months. He also sought damages of $65,000 which represented the actuarial calculation of the amount needed to compensate for the loss of the unreduced pension.

Although Justice James disagreed that Mr. Arnone was entitled to a notice period of 24 months, the judge noted that “the fact that the plaintiff was less than two years away from being entitled to an unreduced pension should not be ignored in the factual matrix surrounding his termination. Objectively assessed, it seems to me that the most reasonable view of the situation prevailing at the time of termination would be to recognize the reality of the approaching entitlement to an unreduced pension and to factor this into a termination arrangement that included the other benefits available to the plaintiff upon retirement.” In other words, Mr. Arnone’s impending retirement was a factor to consider in assessing the appropriate notice period.

Justice James concluded that, absent the fact that Mr. Arnone’s retirement was on the horizon, the appropriate notice period was 22 months. Nevertheless, the judge limited damages for pay in lieu of notice to the equivalent of the 16.8 months Mr. Arnone would have needed to retire with an unreduced pension. To account for the fact that Mr. Arnone would no longer receive pension benefits, Justice James also awarded damages of $65,000 to compensate for that loss.

Interestingly, Justice James did not deduct the income earned by Mr. Arnone after dismissal. In support of this, the judge held, “An arrangement to bridge an employee to the point he or she would receive an unreduced pension in circumstances where this period of time is less than the appropriate common law notice period would reasonably include a concession on the part of the employer not to require mitigation efforts.”

The take-aways from this case include the following: