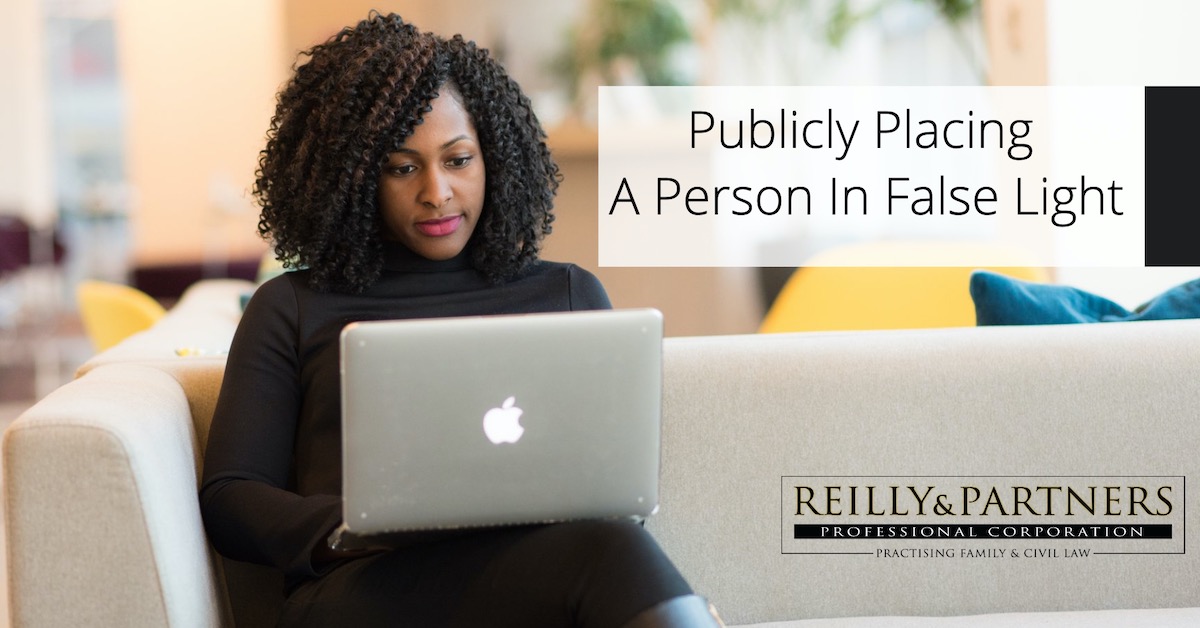 The COVID-19 pandemic forced millions across the province to work or study from home.  In order to use videoconferencing or virtual classrooms, a stable internet connection is needed.  While the internet has become an indispensable tool for most Ontarians, we are all well-aware of how it can also be used to harm others.

The law has recognized and addressed this, not only in the area of criminal law, but also in the area of tort law.  Several years ago, I wrote about the tort of intrusion upon seclusion, or invasion of privacy.  A link to that article can be found here.

Late last year, the Superior Court of Justice released a decision that further clarified how the tort of intrusion upon seclusion is but one part of a four-tort catalogue that makes up invasion of privacy.  These four torts include:

In this decision, Yenovkian v. Gulian, another tragic family law case, the father was found to have made serious allegations online about the mother and her family over an extended period of time.  Such allegations included that the mother was a kidnapper who abused and drugged the children, who forged documents and defrauded the government.  The court found each of these allegations to be false and held the father to be liable for the tort of publicly placing another in a false light.

As stated in paragraph 170 of the decision, the requirements to satisfy this tort are as follows:

This tort also has a lower evidentiary burden than a claim for defamation of character.  In support of this, the trial judge wrote, “while the publicity giving rise to this cause of action will often be defamatory, defamation is not required. It is enough for the plaintiff to show that a reasonable person would find it highly offensive to be publicly misrepresented as they have been. The wrong is in publicly representing someone, not as worse than they are, but as other than they are. The value at stake is respect for a person’s privacy right to control the way they present themselves to the world.” (Emphasis added)

As a result of the father’s wrongdoing, the mother suffered mental distress that manifested itself in a visible and provable illness.  In assessing the mother’s damages, the  trial judge considered the following factors:

Not surprisingly, the trial judge also awarded the mother sole custody of the two children and a restraining order against the father.  The father was entitled to supervised access on a graduated basis only.